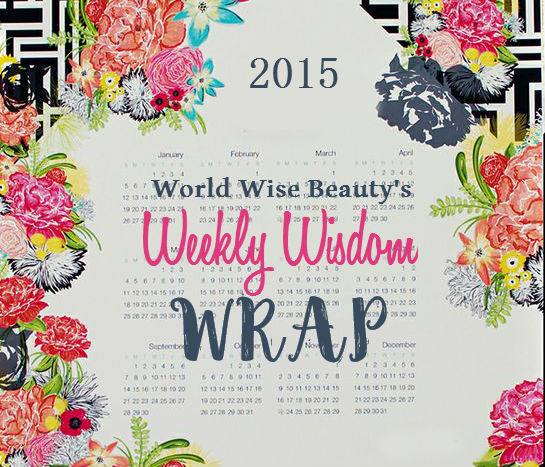 There has been a lot of talk about ‘the gut’ lately amongst medical researchers and scientist. You might be thinking ‘Do I really want to be reading about bacteria and stomach bile’? What I will say to you is this,” Toughen up, you can stomach it!”. We often hear the expression ‘go with your gut’ and maybe there is good reason we use that expression. A gut feeling might manifest as a quick heartbeat or a stomach-ache instead of a conscious thought, giving the phrase “trust your gut” a much more literal meaning. Think about all the common expressions we use almost on a daily basis about the stomach… 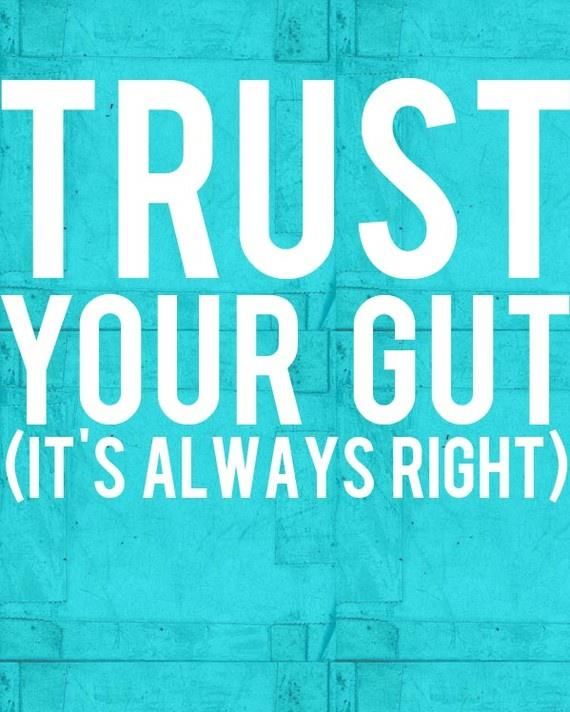 It turns out the ‘gut’ is pretty important to our overall health and it really matters. It is so important that a young microbiologist in Germany, Giula Enders wrote an International bestseller entitled Gut’ The Inside Story of Our Body’s Most Underrated Organ’. Just released over a month ago here in North America, the New York Times profiled her interesting personal story about finding treatment for what seemed to be a ‘mysterious illness’. The whole journey inspired her to go on to acquire her PhD in microbiology. Following is an excerpt from the NYT profile…

Back in 2007, after a series of mostly ineffective treatments prescribed by doctors, Ms. Enders, then 17, decided to take matters into her own hands. Convinced that her illness was somehow associated with her intestines, she pored over gastroenterological research, consumed probiotic bacterial cultures meant to aid digestion and tried out mineral supplements. The experiments worked (although she is not sure which one did the trick) leaving her with healthy skin and new-found interest in her intestines. 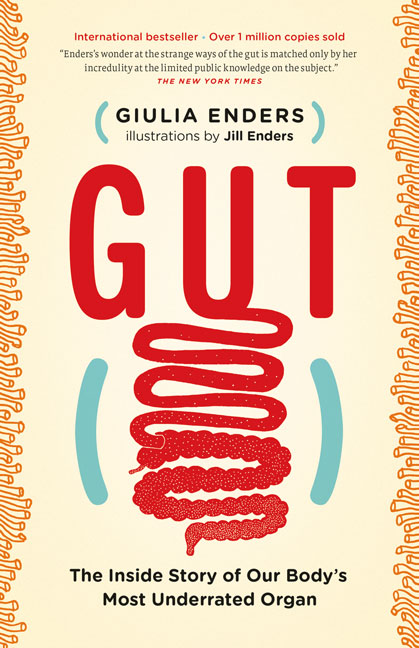 In her book, she catalogs the myriad elaborate operations that our guts dutifully perform every day, like the cleaning mechanism that kicks in a few hours after we eat and keeps the small intestine — all 20 or so feet of it — remarkably tidy. This “little housekeeper,” as Ms. Enders calls it, turns out to be the real source of the grumbling that most attribute to the stomach and mistake as a sign of hunger.

Then there is the growing body of research indicating that our intestines may have a far greater influence on our feelings, decisions and behavior than previously realized. The primary evidence for this, Ms. Enders writes, is the vast network of nerves attached to our guts that monitors our deepest internal experiences and sends information to the brain, including to those regions responsible for self-awareness, memory and even morality

So, this is a woman who is listening to her gut, and certainly trusted her instincts. There has been research going on for a number of years on the eco-system of your intestines. Many women who have suffered with yeast infections have become more familiar with the balance of flora in their bodies than they ever wanted to. In fact, in the 90’s, a condition called Candida became a popular condition that many women seemed to be struggling with. Essentially they had an overgrowth of yeast and imbalance of bad bacteria living in their lower intestines. Yes there is good bacteria and bad bacteria. Wondering what the biggest driver of an overgrowth of bad bacteria is? Sugar, yes good old sugar. Or should I say bad? Yeast feeds on sugar. Isn’t it amazing that we are just coming to terms with the idea that too much sugar is just downright TERRIBLE for our bodies. Here are a few things that can contribute to an overgrowth of bad bacteria.

Keep in mind that fermented foods can actually be quite helpful in balancing the bacteria in your gut, but it’s a fine balance. Like anything, too much, tips the scales the other way. The symptom list is quite broad which is why many doctors did not take the Candida condition seriously 15 years ago. Now there is growing research on the importance of bacteria in our gut, and Greek yogurt and a popular brand called “Activia’ are now commonplace aides.  What we Americans became particularly familiar with was antibiotics ( which were over prescribed in our country). We learned that pro-biotics and yogurt could be helpful in getting our ‘flora’ back in check after the anti-biotics killed off all the good stuff! As you can see, the symptom list below is quite extensive. But usually having just a handful of them points to overgrowth of bad bacteria in your gut.
I shared all of this to give context to the importance of our ‘gut’. It really is an important hub in our body and can run things in our bodies quite smoothly when we are treating ourselves well. It also can create a lot of havoc when we are not! If you think you have the Candidia condition, find yourself a good D.O doc or one that specializes in functional medicine, who can help you get to the bottom of your condition with a holistic approach.
Not convinced yet? Take a look at this recent post from  Science Daily. Below is an excerpt from the article…
In recent years, research into the benefits of gut bacteria has exploded. Scientists across the globe are examining how these microbes can help improve health and prevent disease.”In coming years, scientists will learn a great deal about the microbes that exist within us…
This is pretty exciting stuff, and what is encouraging is we are learning that our diet and lifestyle can keep at bay a lot of nasty conditions that begin in the gut when we mistreat it! Another interesting article just this past week, from the New York Times, explores the real connection between our gut and our brain. This whole area of mircobiome research is groundbreaking, and we can see how introducing foreign substances to our body can be very damaging. See the excerpt below and reference to ‘side effects of pharmaceutical drugs’.

Can the Bacteria in Your Gut Explain Your Mood? by Peter Andrey Smith 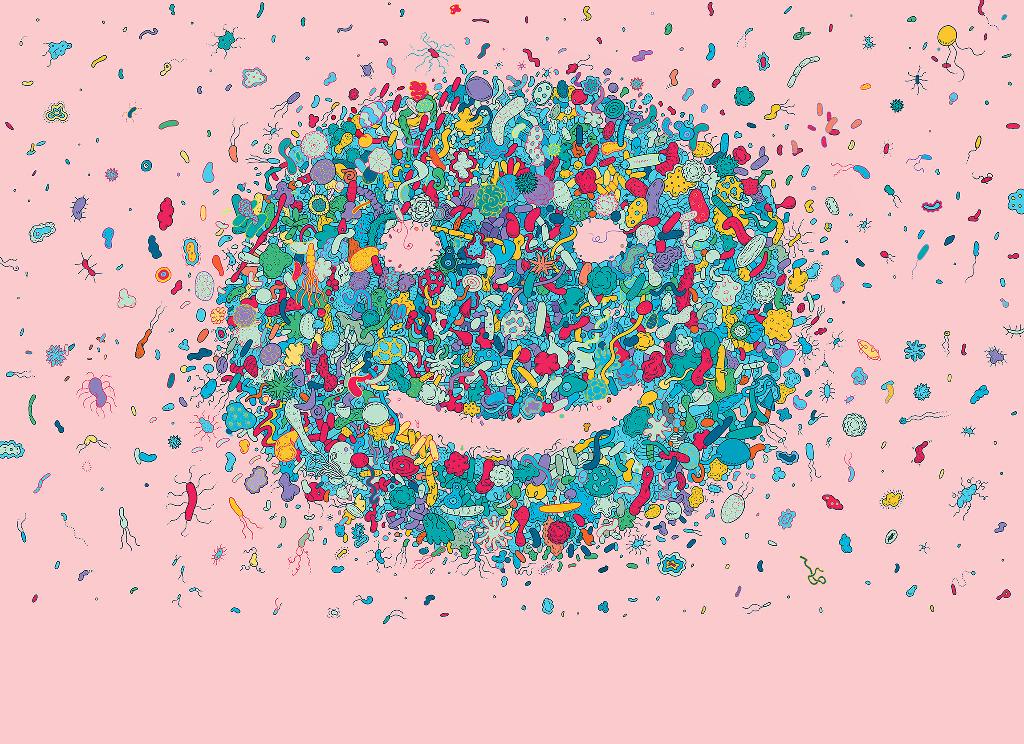 Since 2007, when scientists announced plans for a Human Microbiome Project to catalog the micro-organisms living in our body, the profound appreciation for the influence of such organisms has grown rapidly with each passing year. Bacteria in the gut produce vitamins and break down our food; their presence or absence has been linked to obesity, inflammatory bowel disease and the toxic side effects of prescription drugs. Biologists now believe that much of what makes us human depends on microbial activity. The two million unique bacterial genes found in each human microbiome can make the 23,000 genes in our cells seem paltry, almost negligible, by comparison. ‘‘It has enormous implications for the sense of self,’’ Tom Insel, the director of the National Institute of Mental Health, told me. ‘‘We are, at least from the standpoint of DNA, more microbial than human. That’s a phenomenal insight and one that we have to take seriously when we think about human development.’’
Need I say more? So I think we can end with the idiom we started with– “An army marches on in its stomach’. Essentially it means an army can’t fight a war on an empty stomach and needs a good supply of food. But the real truth is our entire body and wellness depends on the fuel we supply it with and the care we give it. So throwing any old thing into your stomach,  even if you have a cast iron stomach like the chef ‘Anthony Bourdain’, is going to ‘rock the house’ you live in for better or for worse. And you know what I am talking about don’t you? Because… 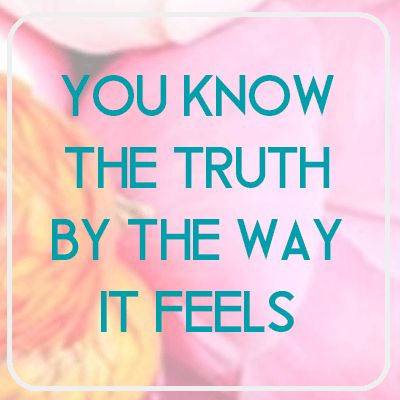