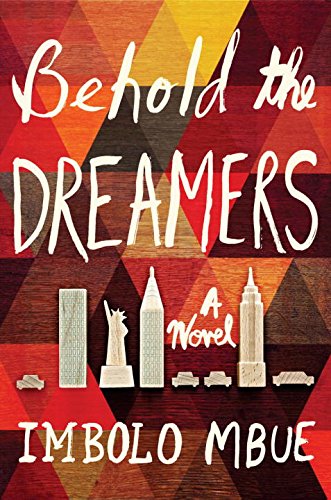 OF NOTE: Book has been optioned for film

Book Wise Pow-Wow: It’s a tough political climate right now in the United States and the immigration topic is a hotbed of conflict between both political parties. Which is why I chose this particular book for our Fall pick. The power of this story takes us out of an  ‘idealogy’ mode and grounds us in real authentic human experience.

The author’s personal story is one we don’t hear enough about in our public discourse about immigration. IMBOLO MBUE is a native of Limbe, Cameroon ( Central Africa). She holds a B.S. from Rutgers University and an M.A. from Columbia University. A resident of the United States for over a decade, she lives in New York City and genuinely loves her city she calls home. Her book’s characters capture the immigrant experience in a raw and emotionally charged way, and is sure to get you thinking about the American Dream in a much wider context. At World Wise Beauty, we love books that offer worldly perspective, make us feel and think deeply, and perhaps make us just a little bit more wiser after reading. ‘Behold the Dreamers’ delivers it all and will not disappoint you. I am honored to do this interview with Imbolo and hope she is an inspiration to any young girl with a dream, but especially to the young immigrant girl or woman who has a gift and a story to share with the world…

Lauroly Introduction: Welcome Imbolo to World Wise Beauty. You are truly an epitome of a World Wise Beauty! Like the characters in your wonderful book you too are an immigrant and came to America from Limbe, Cameroon. Central Africa is a long way from New York and you only moved here just over ten years ago. You are not only a World Wise Beauty, but also a fine example of an immigrant achieving the American Dream! Since our readers have just been introduced to your book, I don’t want to ask too many questions that will be spoilers. I’m very interested in you and believe so many will be inspired by your story. My first question is a series of three! Did you find the America you conjured in your mind as a young girl in Cameroon? What exceeded your expectations? What disappointed you? 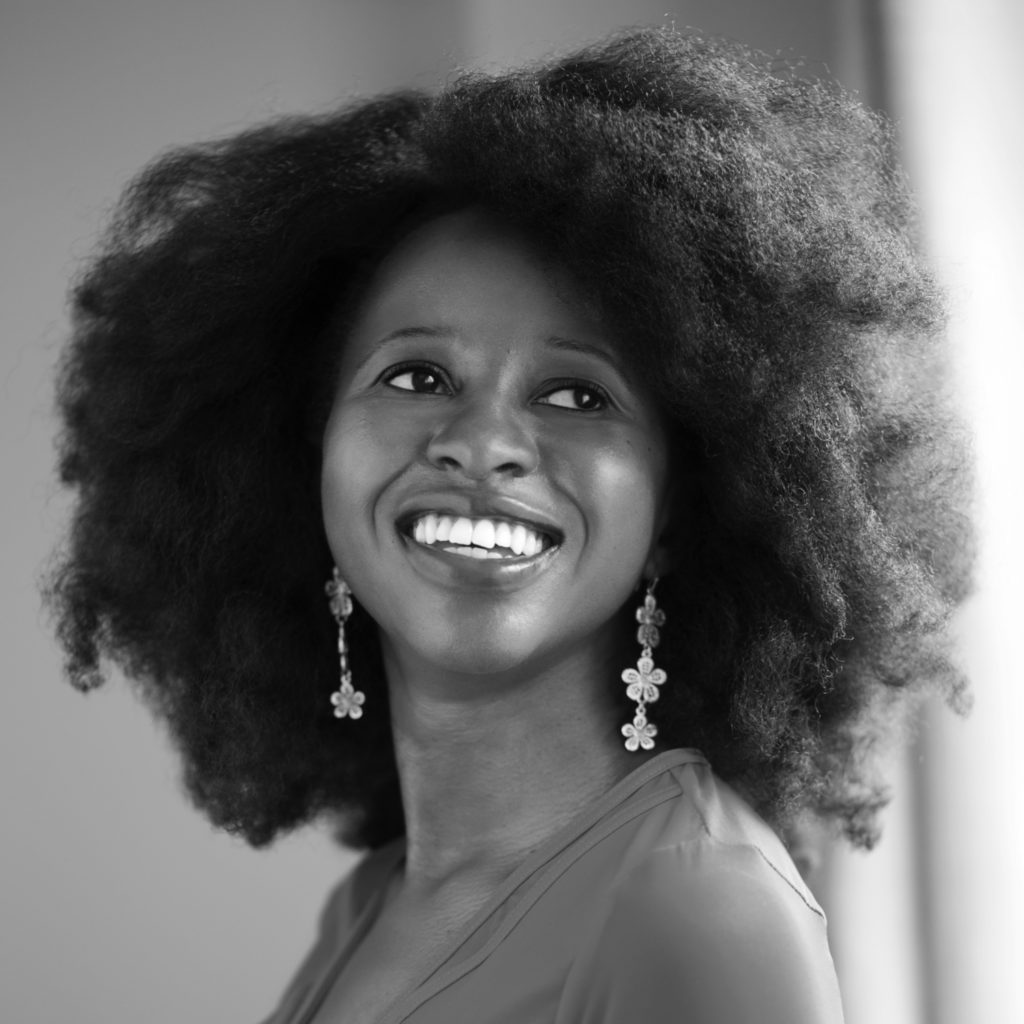 Imbolo Mbue: Thank you so much for your kind words, Lauroly! World Wise Beauty is a fantastic website and I do appreciate this opportunity to talk to you. Growing up, what I knew of America was mostly based on what I saw on American-imported TV shows. These shows, like “The Fresh Prince of Bel Air,” and “Dallas,” generally depicted people living in material comfort, so I got the impression that there was very little poverty in America and that it was a place where with hard work, anyone could succeed. And I can’t blame this on the shows—it was just my way of analyzing the world.

My understanding of America was also shaped by people from my town who’d migrated to America and returned home to visit with very nice clothes and shoes, and an air of affluence that I attributed to the fact that people were just generally well-to-do in America. Of course, when I came here, I learned very quickly that there are millions living in poverty, and that for many in this country, immigrants included, hard work is simply not enough to live their version of the American Dream. And it’s a tough reality to swallow. That notwithstanding, I do believe this country provides tremendous opportunities to immigrants like myself, opportunities many of us would not have gotten in our homelands. 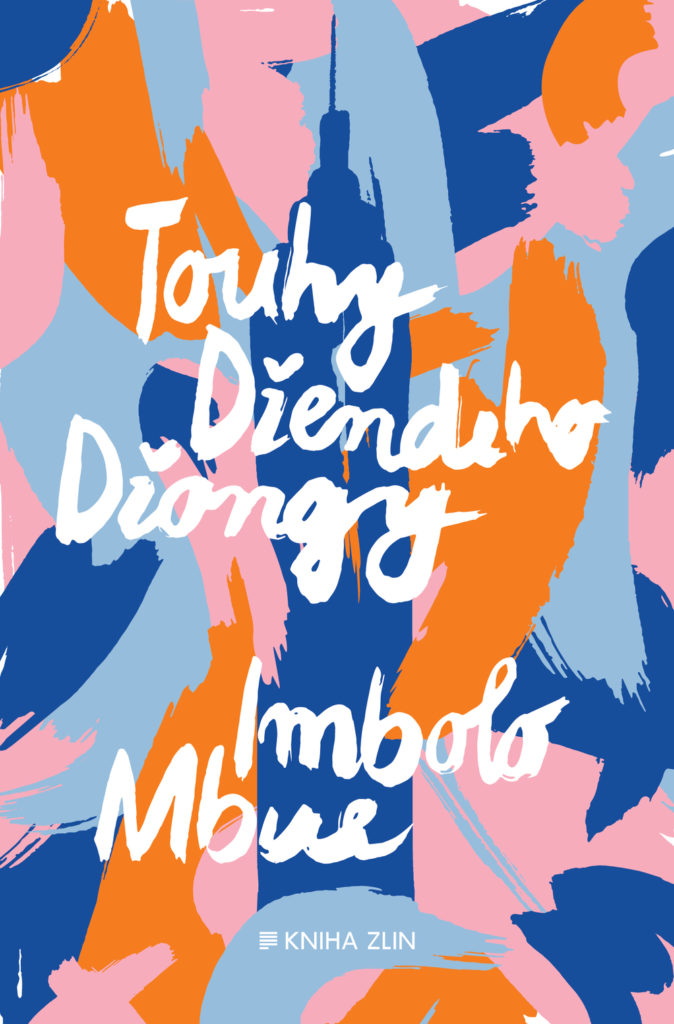 Czech Edition of ‘Behold the Dreamers’

Lauroly Q- Did your own experience find its way into your character formations? What many reviewers are saying about your book, is you did such a great job of capturing the immigrant experience as well as a multi-dimensional depiction of the American characters in your story too. All your characters come to life and are fully humanized.

Imbolo Imbue: Thank you. I think a lot of it has to do with the fact that I’m an immigrant, and I’ve spent a lot of my time in this country around immigrants, so I know what it’s like to leave home and confront the challenges of building a new life in a foreign country. Like the Cameroonian main characters in the novel, Jende and Neni Jonga, I’m from Limbe, Cameroon, and I also lived in Harlem, in a similar neighborhood like where the Jongas lived. I know what it’s like to be low-income in this country and struggling to stretch that last dollar as far as you can, like the Jongas sometimes have to do. I think the challenges the Jongas faced have to do not only with being immigrants but also with being working-class, especially in a place like New York City. While the Jongas and I share a similar background, their story was, however, mostly inspired by various immigrants and working-class Americans who I had opportunities to converse with—friends and acquaintances and strangers who I found myself sitting next to in parks and bus stops, all of whom gave me a great gift by telling me their stories.

Lauroly Q– You have been working hard since you arrived in the United States. You hold a Bachelor’s degree from Rutgers and a Master’s degree from Columbia University in New York. Were you one of those lucky girls who knew you wanted to be a writer from a young age and set your sights on a writing career? Did you receive a lot of support and encouragement from your family back in Cameroon? What shaped the trajectory of your personal success story?

Imbolo Mbue: Oh no! I never considered being a writer as a young girl. I didn’t even know that being a writer was a career choice because I’d never met anyone who was a writer until I moved to New York City in my early 20s. I knew there were people who wrote books, because I read a lot of books, but I never thought about who these people were, and how they came about to write a book. Even after I read Toni Morrison’s “Song of Solomon” and became inspired to start writing, it wasn’t so much to become a writer as it was to just enjoy writing the same way I enjoy reading. I’d been writing for 12 years before my first short story was published and then about two years later my novel was published. So it basically took 14 years from the time I first started writing fiction to the time my first novel came out. And in that period, I wrote hundreds of pages that are still sitting my computer.

If I had a publishing goal, perhaps I would have done some things differently—maybe take a few classes or workshops—but then again, I believe it was best for me to take my time to slowly develop. “Behold the Dreamers” took five years for me to complete, from when I first got the inspiration to when I did the final correction, and I think I needed that amount of time. Excellence is every important to me. Simply completing a task is not enough—I want to look at what I’ve done and believe I did an excellent job. 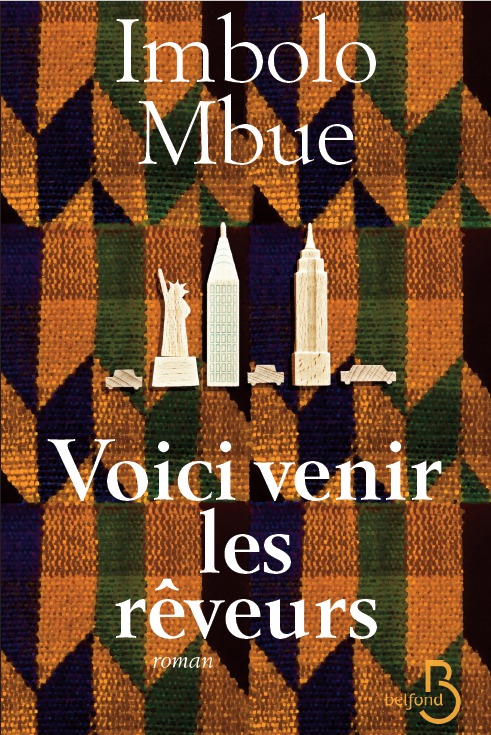 French Edition of “Behold The Dreamers’

Lauroly Q-  Wow! I am always impressed by the time many brilliant authors like you commit to their book. I’ve read your book is being optioned for a film. Who would you trust to produce and direct the film? It must be so hard to let go of your ‘baby’ and hope the story translates well to film.

Imbolo Mbue: Yes, the “baby” is gone! I think this “baby” now belongs to the reader, and every reader is going to have his/her own interpretation. If the book ever becomes a movie, the producers and directors will have their own interpretation, and some of their interpretation might surprise me, but I’ll be too happy seeing these characters come to life that I don’t suppose I’ll think much about it. 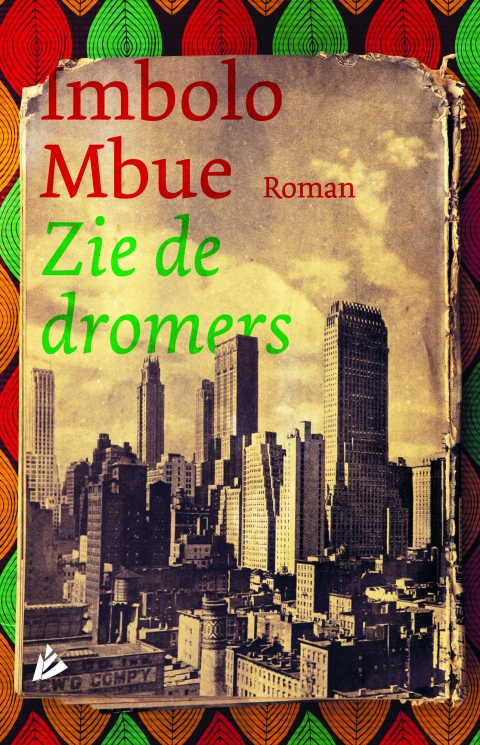 Dutch Edition off ‘Behold The Dreamers’

Lauroly Closing: What a beautiful attitude to have about releasing your story to the readers and interpreters. Thank you so much for joining me Imbolo. I am thrilled to featured your book as WWB’s Fall ‘Book Wise’ selection and honored to have the opportunity to chat with you here. Wishing you the best with all your future endeavors and continued happiness in America..

Imbolo Mbue: Thank you, Lauroly. The honor is all mine!