I share the following  article from WELL not to instill fear about our medical community but to illuminate important cultural behaviors and how “systems” can go wrong.  The doctor who wrote this article was wise and brave.  She had to step out of her own “professional culture” which she was “steeped” in to question whether the processes and unspoken rules followed were in place to protect “the system” rather than to heal the patient.

While this article is very specific to how doctors treat each other and allow hierarchy to overrule what might be best for the patient,  it also is a wake up call for us as individuals to ask questions. What does wellness culture look like? What does wellness culture feel like?  Am I being listened to? Is this hospital, doctor or medical group doing what’s best for them or doing what’s best for me? Is this a place of healing or is this a place to make a profit and sell procedures and treatments.  Wisdom comes from always asking questions and perhaps also from understanding we are continually learning.  Something to keep in mind as we turn turn to experts, specialist and gurus for miracles, cures, healing and advice is they too are still learning… 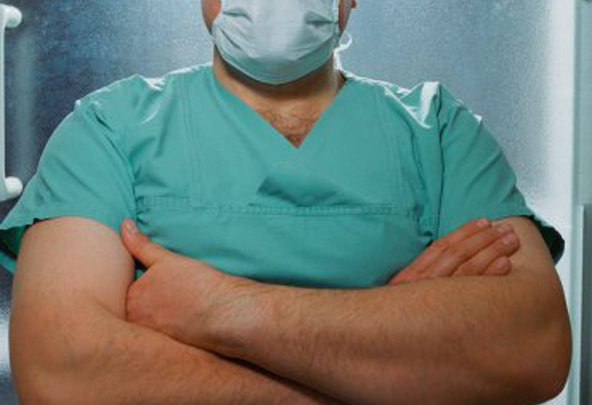 The slender, weather-beaten, elderly Polish immigrant had been diagnosed with lung cancer nearly a year earlier and was receiving chemotherapy as part of a clinical trial. I was a surgical consultant, called in to help control the fluid that kept accumulating in his lungs.

During one visit, he motioned for me to come closer. His voice was hoarse from a tumor that spread, and the constant hissing from his humidified oxygen mask meant I had to press my face nearly against his to understand his words.

“This is getting harder, doctor,” he rasped. “I’m not sure I’m up to anymore chemo.”

I was not the only doctor that he confided to. But what I quickly learned was that none of us was eager to broach the topic of stopping treatment with his primary cancer doctor.

That doctor was a rising superstar in the world of oncology, a brilliant physician-researcher who had helped discover treatments for other cancers and who had been recruited to lead our hospital’s then lackluster cancer center. Within a few months of the doctor’s arrival, the once sleepy department began offering a dazzling array of experimental drugs. Calls came in from outside doctors eager to send their patients in for treatment, and every patient who was seen was promptly enrolled in one of more than a dozen well-documented treatment protocols.

But now, no doctors felt comfortable suggesting anything but the most cutting-edge, aggressive treatments.

Even the No. 2 doctor in the cancer center, Robin to the chief’s cancer-battling Batman, was momentarily taken aback when I suggested we reconsider the patient’s chemotherapy plan. “I don’t want to tell him,” he said, eyes widening. He reeled off his chief’s vast accomplishments. “I mean, who am I to tell him what to do?”

We stood for a moment in silence before he pointed his index finger at me. “You tell him,” he said with a smile. “You tell him to consider stopping treatment.”

Memories of this conversation came flooding back last week when I read an essay on the problems posed by hierarchies within the medical profession.

For several decades, medical educators and sociologists have documented the existence of hierarchies and an intense awareness of rank among doctors. The bulk of studies have focused on medical education, a process often likened to military and religious training, with elder patriarchs imposing the hair shirt of shame on acolytes unable to incorporate a profession’s accepted values and behaviors. Aspiring doctors quickly learn whose opinions, experiences and voices count, and it is rarely their own. Ask a group of interns who’ve been on the wards for but a week, and they will quickly raise their hands up to the level of their heads to indicate their teachers’ status and importance, then lower them toward their feet to demonstrate their own.

It turns out that this keen awareness of ranking is not limited to students and interns. Other research has shown that fully trained physicians are acutely aware of a tacit professional hierarchy based on specialties, like primary care versus neurosurgery, or even on diseases different specialists might treat, like hemorrhoids and constipation versus heart attacks and certain cancers.

But while such professional preoccupation with privilege can make for interesting sociological fodder, the real issue, warns the author of a courageous essay published recently in The New England Journal of Medicine, is that such an overly developed sense of hierarchy comes at an unacceptable price: good patient care.

Dr. Ranjana Srivastava, a medical oncologist at the Monash Medical Centre in Melbourne, Australia, recalls a patient she helped to care for who died after an operation. Before the surgery, Dr. Srivastava had been hesitant to voice her concerns, assuming that the patient’s surgeon must be “unequivocally right, unassailable, or simply not worth antagonizing.” When she confesses her earlier uncertainty to the surgeon after the patient’s death, Dr. Srivastava learns that the surgeon had been just as loath to question her expertise and had assumed that her silence before the surgery meant she agreed with his plan to operate.

“Each of us was trying our best to help a patient, but we were also respecting the boundaries and hierarchy imposed by our professional culture,” Dr. Srivastava said. “The tragedy was that the patient died, when speaking up would have made all the difference.”

Compounding the problem is an increasing sense of self-doubt among many doctors. With rapid advances in treatment, there is often no single correct “answer” for a patient’s problem, and doctors, struggling to stay up-to-date in their own particular specialty niches, are more tentative about making suggestions that cross over to other doctors’ “turf.” Even as some clinicians attempt to compensate by organizing multidisciplinary meetings, inviting doctors from all specialties to discuss a patient’s therapeutic options, “there will inevitably be a hierarchy at those meetings of who is speaking,” Dr. Srivastava noted. “And it won’t always be the ones who know the most about the patient who will be taking the lead.”

It is the potentially disastrous repercussions for patients that make this overly developed awareness of rank and boundaries a critical issue in medicine. Recent efforts to raise safety standards and improve patient care have shown that teams are a critical ingredient for success. But simply organizing multidisciplinary lineups of clinicians isn’t enough. What is required are teams that recognize the importance of all voices and encourage active and open debate.

Since their patient’s death, Dr. Srivastava and the surgeon have worked together to discuss patient cases, articulate questions and describe their own uncertainties to each other and in patients’ notes. “We have tried to remain cognizant of the fact that we are susceptible to thinking about hierarchy,” Dr. Srivastava said. “We have tried to remember that sometimes, despite our best intentions, we do not speak up for our patients because we are fearful of the consequences.”

That was certainly true for my lung cancer patient. Like all the other doctors involved in his care, I hesitated to talk to the chief medical oncologist. I questioned my own credentials, my lack of expertise in this particular area of oncology and even my own clinical judgment. When the patient appeared to fare better, requiring less oxygen and joking and laughing more than I had ever seen in the past, I took his improvement to be yet another sign that my attempt to talk about holding back chemotherapy was surely some surgical folly.

But a couple of days later, the humidified oxygen mask came back on. And not long after that, the patient again asked for me to come close.

This time he said: “I’m tired. I want to stop the chemo.”

Just before he died, a little over a week later, he was off all treatment except for what might make him comfortable. He thanked me and the other doctors for our care, but really, we should have thanked him and apologized. Because he had pushed us out of our comfortable, well-delineated professional zones. He had prodded us to talk to one another. And he showed us how to work as a team in order to do, at last, what we should have done weeks earlier.

One thought on “Wellness Culture or Power Culture? A Question for both Patient and Doctor…”