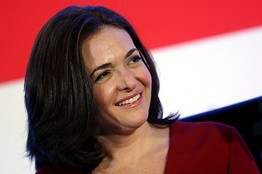 All week-long the conversation has heated up about Sheryl Sandberg’s book “Lean In”.  The best opinion I heard this week was from Jody Greenstone Miller on a PBS aired discussion called ” Is the Advice in Sheryl Sandberg’s “Lean In” Universal or Elitist”.  You can view the whole conversation here at PBS.  She said quote “the problem is women aren’t leaning in not because they don’t know how to, but because they don’t like the world they’re being asked to lean into”.

Finally someone said it out loud!  I keep imagining in my head our current President saying ” It’s the culture stupid”! Our culture is made up of women and men and collectively we create our culture. Where are the men in this conversation? They too are parents who don’t seem to have time for their families, are stressed out and often sick too. Today’s modern families are often partnerships and the business community should recognize that solid families are comprised of both men and women.  Big corporations are no longer viable if family structures unravel in our society. Business employers, men and women need to decide together “what’s the Win-Win for us all?”.  Women shouldn’t have to solve this on their own. Arianna Huffington made a good point with her eloquent piece at the Wall Street Journal today about acknowledging the value of caring for our human capital. Read her full piece below from the Wall Street Journal.

What kind of culture do we want to have? I say let’s “lean back” and embrace wellness culture and watch how productive we become! We are counting on our “valuable men” to join this conversation and shape the wellness culture to come!

Huffington on Sandberg: To Lean In, First Lean Back 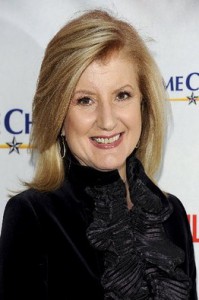 An enormous amount of ink and pixels have already been devoted to Sheryl Sandberg‘s important new book, “Lean In,” some of it claiming that Sandberg exhorts women to relentlessly drive themselves to the top. But that’s not at all what Sandberg is saying. What she’s saying is that as well as institutional barriers to success, women face a lot of inner barriers—voices that, as she puts it, urge you to “leave before you leave.” “Lean In” has unleashed multiple conversations. For me, the most interesting is the one about the nature of the world women are leaning into. This is a great moment for all of us—women and men—to acknowledge that the current male-dominated model of success isn’t working for women, and it’s not working for men, either. For everybody, stress has gone up—in the last 30 years, self-reported stress has gone up 25% for men and 18% for women. And we’re surrounded by stressed-out leaders—in politics, in business, in media—making terrible decisions. What they lack is not smarts but wisdom. And it’s much harder to tap into your wisdom, recognizing the icebergs before they hit the Titanic—a big part of leadership—when you’re running on empty.

As women scale new heights in the workplace, they pay a heavy price: women in stressful jobs have a nearly 40% increased risk of heart disease and a 60% increased risk of diabetes than their less-stressed colleagues. According to the latest study from the American Psychological Association, women are more likely than their male colleagues to feel stressed during a typical workday, due to many factors, including feeling underappreciated in the workplace.

There’s a French expression, “reculer pour mieux sauter,” which, loosely translated, means leaning back in order to jump higher. That’s what cats do. And by leaning back, we become much better at leaning in.

That means acknowledging the value of caring for our human capital — getting enough sleep and rejecting the culture of “time macho,” which Anne-Marie Slaughter describes as “a relentless competition to work harder, stay later, pull more all-nighters, travel around the world and bill the extra hours that the International Date Line affords you.” And it means acknowledging that family can actually be a great thing for our career, by putting everything at work in perspective.

The world needs women to redefine success beyond money and power. We need a third metric, based on our well-being, our health, our ability to unplug and recharge and renew ourselves, and to find joy in both our job and the rest of our life. Ultimately, success is not about money or position, but about living the life you want, not just the life you settle for.

Some companies get it. Already, twenty-five percent of large American corporations have some kind of stress reduction program — yoga, meditation, or some way for workers to lean back — during the workday. Not just Google GOOG -0.42% and Silicon Valley startups, but General Mills GIS -0.12%, Target Aetna AET -0.50%, etc. The realization is spreading that this is not just good for the employees’ health but for the company’s bottom line. Mounting evidence, both scientific and anecdotal, confirms that the practices that make us less stressed also make us more productive. (We at HuffPost launched a free app, GPS for the Soul, to track your stress level through your heart-rate variability; it also includes a personalized guide of pictures, music and poetry that helps you course-correct.)

For far too long, men have equated success with working around the clock, driving yourself into the ground, sleep deprivation and burnout. Women need to lead the way to change that — both for their sake and for the sake of successful men who desperately need to learn how to lean back.