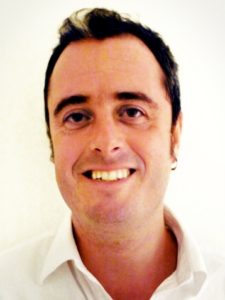 Tim Lomas, Ph.D., is a lecturer in positive psychology at the University of East London, where he is also the co-program leader for the Masters of Science in Applied Positive Psychology and Coaching Psychology. He is the author of numerous papers and books related to positive psychology, gender, mindfulness, and Buddhism. His latest book,The Darkness and the Dawn: The Value of Sadness and other Negative Emotions will be published by Piatkus in Fall 2016.

Recently launched the Positive Lexicography Project, an online glossary of untranslatable words that describe positive traits, feelings, experiences, and states of being that had no direct counterparts in English.

You can search the glossary by alphabet or by language.  See below for examples…

Lauroly Welcome-  Welcome Tim. I discovered your work from an article in the New Yorker and I just had to reach out and share your inspiring global project. Let’s start with the basics for our readers. Why do you think having a catalog of foreign terms that represent concepts of joy and wellness will help us reshape our own sense of well-being? Can we process experiences differently and can we escape our own culture’s conditioning?

Tim Lomas: Thanks Lauroly! I’m so pleased that you like the project! Yes, I do believe that learning new positive words has the potential to alter our experiences for the better. We only tend to really take note of phenomena that have been flagged up in our attention by being named in a word. Of course, we can perceive and feel things for which we don’t have a name. However, our senses are continually registering so much information that we have to filter it somehow, to prioritise certain aspects; and the way our brain does that is partly through language. And so, whatever words we happen to have acquired to delineate and represent the world will influence the types of feelings we can enjoy. If we lack a word for a particular positive emotion, we’re far less likely to experience it; and even if we do, we’ll be unable to perceive it with much clarity, think about it with much understanding, talk about it with much insight, or remember it with much vividness. As such, I do think that, whenever we learn a new word, it can draw our attention to new aspects of life, or at least bring new clarity and awareness to feelings we may only be vaguely experiencing.

BALINESE Ramé (n.): something at once chaotic and joyful.

Lauroly Q- The Positive Psychology movement is a great influence on wellness culture, but isn’t happiness, or our pursuit of it, experienced and manifested based on the culture we live in? Which countries around the world are actively embracing positive psychology besides the U.S ?

Tim Lomas: Yes, positive psychology has had such a huge impact since it emerged nearly 20 years ago. However, I think you’re right in suggesting that it’s been influenced by the cultural context in which it first emerged (mainly North America). As such, to some extent, its concepts relating to happiness have perhaps been shaped by ideas relating to happiness that are prominent in ‘the West’ (such as the importance of self-determination and individual freedom). That said, the field is evolving and developing as researchers from around the world are joining the field, and in doing so are bringing in insights and concepts that are prominent in their own cultures. For instance, there has been much interest in positive psychology from countries such as China and India, who have established journals and conferences relating to positive psychology.

DANISH: Hygge (n) : a deep sense of of place, warmth, friendship and contentment

Lauroly Q- I can see how language affects our mindsets for sure. For example the words ‘stressed out’ had to be created here in America and is probably best understood by our people. Yet we have come up with  new terms such as ‘Chillax’, that captures a sense of rest and relaxation. America is a melting pot of ethnic cultures, but how do homogeneous cultures embrace other languages to describe their feelings? When I was researching trends in wellness culture for the spa sector, there was a trend called ‘Cultural-Cocktailing’ which described people’s interest and willingness to blend wellness practices from other cultures with their own. Do you think now that we are more mobile in this world, we can do this with language and emotional states?

Tim Lomas: Yes, I would definitely agree – in this era of globalisation there is such dynamic inter-transmission of ideas and practices. Many people in more affluent countries are able to travel abroad extensively, and learn new things from the places they visit, and even people that cannot travel much can find out about other cultures through the internet. Moreover, at a cultural level there is a really interesting ‘cross-fertilization’ of ideas, from ‘Western’ ideas and cultural products been consumed in Non-Western countries, to Non-Western practices such as mindfulness and yoga becoming embraced and adapted in the West. The term ‘cultural-cocktailing is an interesting one. There is a similar concept in the sociology of religion of a ‘spiritual supermarket’; however, while many sociologists seem to use the term somewhat disparagingly, I feel it can actually be a positive and liberating phenomenon (e.g., people in the West finding an affinity and connection with non-Western traditions such as Buddhism).

Lauroly Q- Charlemagne the King of Franks who united Western Europe during the Middle Ages, proclaimed “to have have a second language is to have a second soul.” Connecting with this idea, I should mention WWB’s book club is reading ‘In Other Words’ by Jhumpa Lahiri. It is an autobiographical account of her love for the Italian language and her desire to write an entire book in Italian, which was a third language for her after Indian and English. She explores identity outside of geographic frontiers and linguistic boundaries, which I found really interesting. Do you think if we learn new languages, we inadvertently change the way we view the world and each other?

Tim Lomas: Yes, I do think that’s the case. I feel that encountering new cultural ideas in general, and learning new words/concepts in particular, does have the power to change how we see the world. For instance, when I was 19, I went to teach English in China. The whole trip was incredible, really eye-opening and character-shaping, and I really loved it there. I tried to learn some of the language, and in doing so I encountered some concepts (mainly relating to Buddhism) that were completely new to me, and which did alter how I see things.

SPANISH: Simpatía (n.): accord and harmony within relationships and/or society.

Lauroly Closing: Thank you so much for sharing your research and your wisdom with us Tim. I think there is so much potential for your research project and you are certainly sharing one big cultural cocktail with us! Looking forward to seeing where the Positive Lexicography project takes you! I enjoyed reading your language list and the comments from people around the world are very insightful. I encourage our readers to check it out and discover a whole world of language and psychology that may expand your emotional vocabulary and broaden your experience for living well.

Tim Lomas: Thank you so much for inviting me to answer your questions. I’m so pleased that you like the project! I would also add that I see this as very much a work-in-progress, and also hopefully a collaborative one. So far, I’ve really just attempted to track down words that might be relevant, and to offer a rudimentary definition of these. However, I’m very aware that there are likely to be many other interesting words that deserve to be on the list, and also that the definitions I have for the words could be developed and enriched. So, I hope that people might be able to make suggestions for how to improve the list!
Previous Post
Next Post